ESOP’s St. Louis County Chapter wants local leaders to acknowledge that systemic racism exists in the St. Louis area and develop a plan to address it. 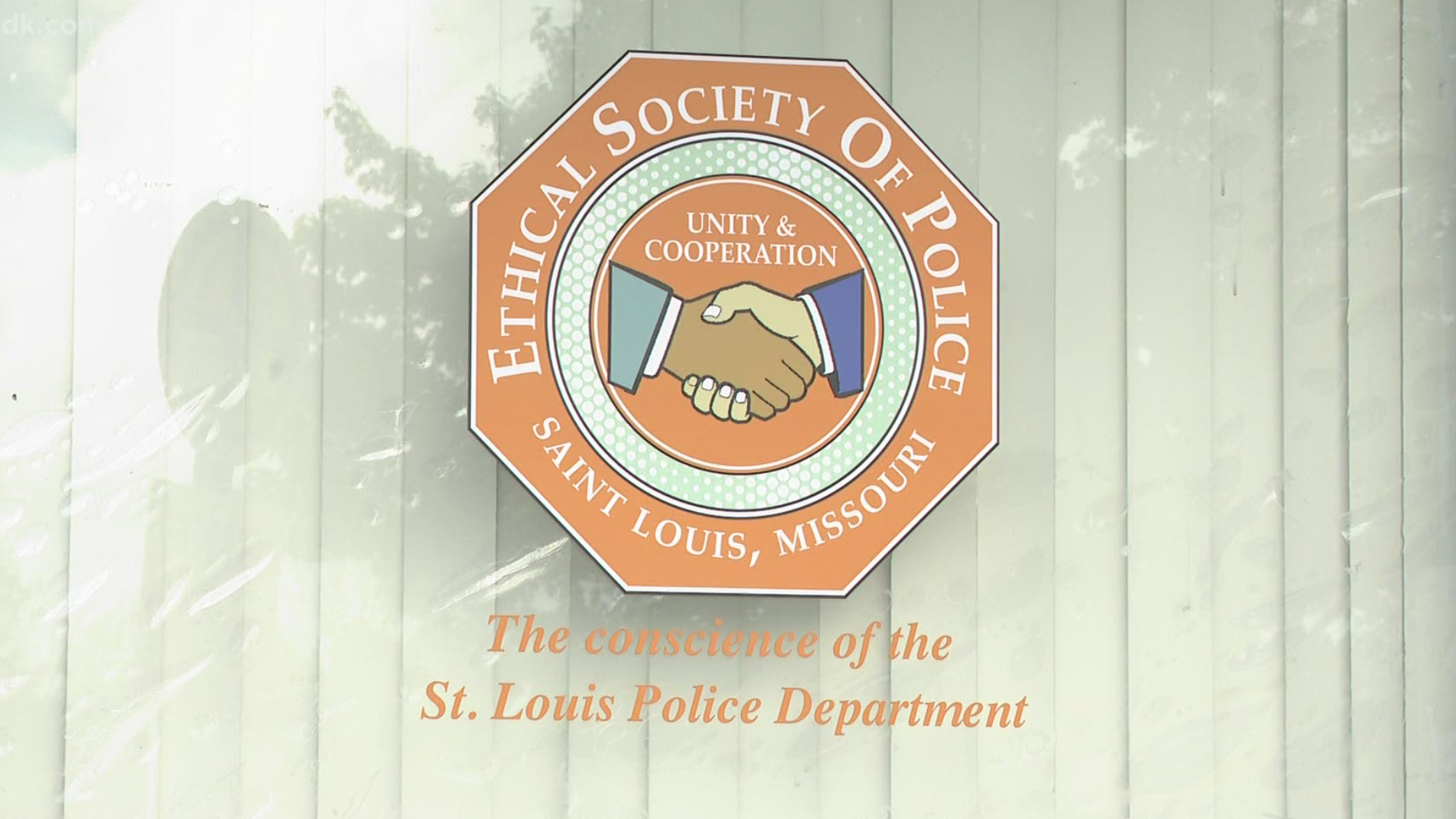 ST. LOUIS COUNTY, Mo. — For 13 months, Ethical Society of Police leaders say they have waited for St. Louis County Executive Sam Page to acknowledge them as a membership organization representing primarily black police officers by signing a Memorandum of Understanding.

Moments before they began a press conference Monday to say that black officers want county leaders acknowledge that systemic racism exists in the St. Louis area and develop a plan to address it, Page signed the Memorandum of Understanding, according to Sgt. Heather Taylor, president of the city’s chapter of the organization known as ESOP.

In a news release, the organization wrote: “If the MOU is signed, ESOP will be recognized as an official organization and can represent their 65 members during investigations and have regular meetings with the Chief of Police.”

But the officers who belong to the organization already have the right to an attorney of their choosing, according to the police union contract. The newly-signed memo acknowledges that as well.

And Chief Mary Barton can meet with, or refuse to meet with, anyone she wants.

Ethical Society leaders acknowledged the document is largely symbolic during their press conference, and the document does as well.

“This document is non-binding, should not be considered a contract or collective bargaining agreement, but rather is a recognition of the importance of ESOP’s stated goals and a recognition of the shared respect for ESOP’s advocacy on behalf of the minority community.”

St. Louis city police officers founded the organization in 1972 to “address race-based discrimination within the community and the St. Louis Metropolitan Police Department,” according to the news release.

St. Louis County officers founded a chapter of the organization in 2018. County ESOP board member Shanette Hall joined Taylor and ESOP attorney William Dailey during the press conference and called attention to a recent statement by Chief Barton, who said she does not believe there is systemic racism within her department.

Barton’s comments earlier this month prompted concern from some county council members. The new chief said inappropriate remarks and behavior would no longer be tolerated. When Councilwoman Kelli Dunaway asked for clarification, and if that could be called racism, Chief Barton replied with the following remark:

“There’s all kinds of things. Some of it is ageism, some of it is sexism and I think to say that there’s systemic racism in the police department is overly broad and probably not accurate. Until we sit down and talk about it and can verify or at least ferret out what it is people are talking about, I think to put a label on it is really unfair and shortsighted.”

“County police officers have dealt with racial discrimination at every level, including the police academy, diversity within specialized units, equitable representation with promotions, fair practices with the hiring process and the discipline of minorities. We have been calling for strongly mandatory cultural competency and implicit/explicit bias training for all ranks within the Department for some time,” ESOP wrote in its news release.

The St. Louis County Police Association provided the following statement in response to the memorandum:

The agreement recognizes ESOP as an organization devoted to advancing the goals of fighting discrimination, improving police relations with minority communities, and encouraging minorities to become police officers. These are important goals that SLCPA applauds and supports.

The ESOP agreement does not conflict with the four collective bargaining agreements that the SLCPA, as the recognized bargaining representative, has negotiated for all Police Officers, Sergeants, Crime Laboratory Staff and Professional Staff.

The SLCPA successfully fought a long and difficult battle with the County Administration last fall to include in the collective bargaining agreements a meaningful anti-discrimination provision. We welcome ESOP to join us in that effort and look forward to the opportunity to work collaboratively.