Las Vegas Advisor: Snakes in a casino & other Case Bets

Well, I’m never setting foot in Binion’s Gambling Hall again. A butt-ugly (but evidently non-poisonous) snake got in and made itself comfy in the roulette wheel. Security merely escorted the reptile inside, so there’s no telling whether there will be a recurrence of the incident or not. The wheel is spinning when a picture (#whatnumberdidhepick on social media) was snapped so there’s no telling whether it was a double-zero table or not. Clearly Terry Caudill has bigger, slimier worries than players beating the house.

* Vegas mogul Elon Musk is having a rough week. First, Las Vegas Mayor Carolyn Goodman voiced her opposition to his subterranean rapid-transit system for the Las Vegas Convention Center. Then he had to knock down the price on his Bel Airmansion (one of four). Musk somehow persuaded ex-wife Talulah Riley and mother-in-law Una to reduce the magic number to a priced-to-move $4.2 million ($1 million a bedroom). If you’ve ever wanted a pied-a-terre with a saltwater pool, this is your chance.

* Moving with the times, the CAT bus system is initiating on-demand service (badly needed) in Downtown. And they’re not even charging surge-pricing if you ride. Two cheers for mass transit!

* If you have to explain your new logo, it might time to go back to the drawing board. The cryptic, new logo for the Golden Gate is supposed to represent both a bridge (Golden Gate, geddit?) and 1 Fremont Street. Seems like somebody overthought this one. It looks like a promo for CinemaScope. However you slice it, it’s a whole lot of WTF?

* Nevada unemployment fell to its lowest level (4%) since 2006, as new jobs grew 49,600 year to date. Gov. Steve Sisolak (D) was understandably pleased. “Nevada’s has experienced year-over-year job gains for more than eight consecutive years and the unemployment rate, at four percent, is the lowest it’s been since April of 2006,” he stated. “The number of employers in the State also marked a new record high in the first quarter of 2019 at 73,300. Although these number are encouraging, we need to continue to do more to make sure that the benefits of this economy extend to all Nevadans.” Yes, especially when job cuts at MGM Resorts International and Caesars Entertainment start being felt.

Even so, Nevada’s job market is growing at double the national rate and the trust fund for unemployment benefits is swelling sufficiently to sustain 15 months of financial aid in the event of another Great Recession. While I wasn’t expecting much of Sisolak, he seems to be on a roll, at least on the renewable- 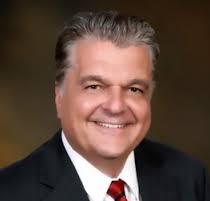 energy front. Most recently, he got the Lege to overwhelmingly pass a bill incentivizing the use of electric semi trucks on the Silver State’s highways. AB 377, the brainchild of Assemblyman Howard Watts III, would exempt electric, heavy-duty semis from certain weight limitations, to make them more competitive with their diesel brethren. “Corporate transportation and logistics operations are both a significant cost and a major contributor to companies’ carbon footprints. This legislation will help all heavy-duty fleet operators in Nevada unlock the significant benefits of electric vehicles such as lower maintenance and fuel costs,” said Alli Gold Roberts, nonprofit Ceres‘s senior manager of state policy. An S&G hat-tip goes to all who made this possible.

* Kudos also to the Missouri Gaming Association for funding the scholarship of four Show-Me State high school students. One student received $2,500, three others $1,500 each. The scholarships were won through a writing contest. “The students were asked to create an essay/article, poster or video aimed at educating their peers about the illegality and dangers of underage gambling. The entries were published or viewed in the students’ high schools in February or March, to help educate other students.” Winners are Brandon Jay Just of Leslie (going to Webster University), Elijah Ballard of St. Louis (headed to American University), Joy-Marie Jesse of Eureka (bound for University of Kentucky) and Tammy Yang of Raymore (ticketed for the University of Pennsylvania). Our congratulations to all.