The St. Louis cops — and former St. Louis cops — lining the walls of an overheated conference room have a simple pitch for the nearly two dozen potential recruits seated before them: We need you.

“You know what’s going on,” Redditt Hudson, a former city police officer and longtime advocate for criminal-justice reform, tells the group. “You see what’s going on all around the country. We need black officers. We need officers from marginalized communities.”

It is after sunset in late February at the Urban League’s headquarters off Grandel Square, and this is the first night of a ten-week recruiting program run by the Ethical Society of Police, an association that primarily represents St. Louis’ black police officers. The program is a crash course in how to be a cop. Applicants will learn the basics of law enforcement, such as writing reports and conducting legal searches, but also lessons that run counter to “thin blue line” protectionism among officers: calling out abusive colleagues, policing to serve and generally pushing back against elements of a criminal justice system that hammer poor black and brown communities the hardest. 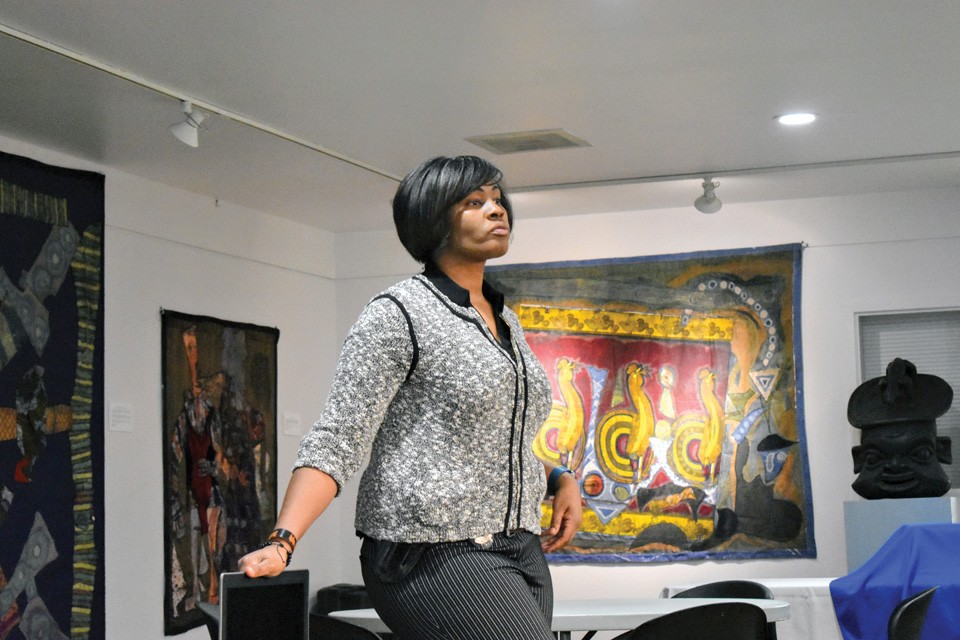 As the president of Ethical, Taylor has been a driving force in the resurrection of the recruitment program. The course was originally created with the support of city funding in the aftermath of Ferguson protests to increase the diversity of the St. Louis Metropolitan Police Department. African Americans comprise only about one-third of the city’s officers despite accounting for nearly half of the population. Two classes in 2015 and 2016 produced 37 graduates who landed jobs in law enforcement, either as cops or civilian staffers. But the city pulled its funding after Taylor’s predecessor was caught embezzling more than $80,000 of the association’s money to fund his side business, promoting comedy acts. Ethical discovered the irregularities and turned him in.

If the ex-president, Darren Randal Wilson, thought the brotherhood of police officers might persuade his old colleagues to rally around a fellow cop, Taylor showed him otherwise. She went to court to ask the judge to send him to prison and then blasted him in the press. Seizing on the comedy-promoter angle, she told a St. Louis Post-Dispatchreporter after the sentencing hearing that Wilson was a “clown” who deserved to be locked up.

There was no class in 2017, and Ethical has had to shell out more than $14,000 of its own money — $2,500 of it reimbursed by the St. Louis Regional Chamber of Commerce — to reboot the program this year, Taylor says. But there is a sense among the association’s members that the work of changing the department is too important to abandon. A number of the instructors have refused payment, even though Ethical offers. The Urban League, where Hudson is a vice president, lets them use the conference room for free.

The recruits, too, are committed. They are signing on for three-hour sessions every Tuesday and Thursday evening, a 60-hour investment that comes with no promise of payoff. Even if they complete the program, they are not guaranteed entrance into the police academy, much less a job as a city cop.

Taylor encourages them, with the warning that if she ever learns they are abusing their power, not only will she work to see them prosecuted, she will make sure everyone knows what they did: “I’m going to try to put you on the news. CNN.”

The recruits nod. A number of them have come straight from work, evident in the array of uniforms: orange safety vests, collared shirts embroidered with convenience store logos, a polo from the U.S. Postal Service. A few have brought their kids rather than spend money on a baby sitter. As they introduce themselves, they reveal a wide variety of reasons for coming here. Some say they like helping people. Others think their neighborhoods would benefit from seeing cops who look like them. A few are fans of police shows on TV.

Johnetta Doss, a 38-year-old mother of five, says she felt like her husband would not have supported her dream of joining the force. Now that she is divorced, she is going for it. “This is what I want to do, and I’m going to do it.”

At least three are ex-military. Andre Hollwell, 32, served four years in the Navy after graduating from McCluer North High School in Florissant. He works twelve-hour shifts at RB Manufacturing but thinks policing would be more meaningful.

And then there is Sean Liddell, a 32-year-old police dispatcher in University City, who is hoping for a second shot at the police academy. Inspired by Ferguson to become a police officer, he entered the city’s academy in October 2014 only to get bounced out a month before graduation. Liddell sees now he wasn’t prepared, but after two years handling emergency calls on the phone and radio, he’s eager to begin again. “For me,” he says, “it’s about finishing what I started.”

As the recruits settle in around the table, there is a sudden commotion as the door to the conference room swings open. Col. John Hayden has decided to make a surprise visit. After three decades with the department, he was promoted to chief two months before. He does not talk for long, but he tells the recruits plainly that the force needs more minority officers.

“I’m encouraging you,” he says. “I’m just short of begging you.”