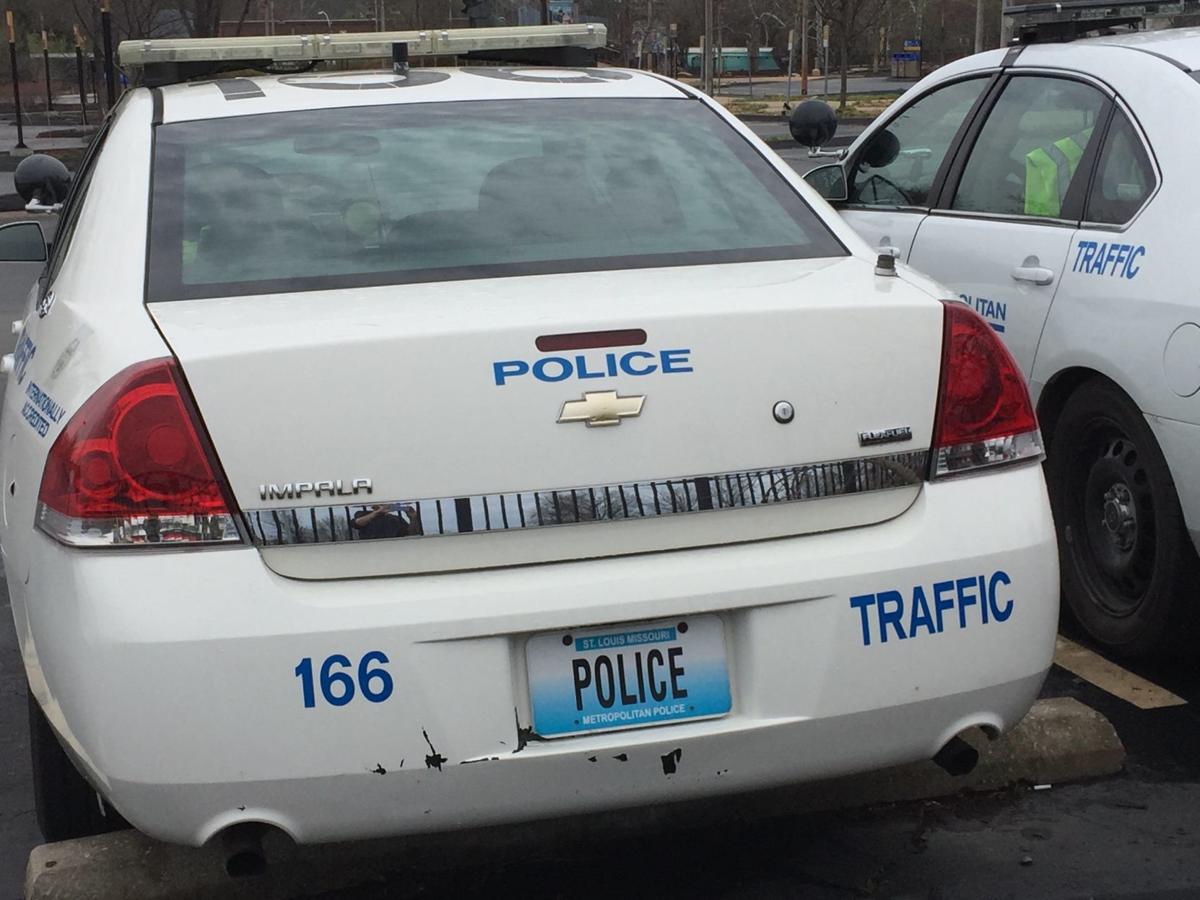 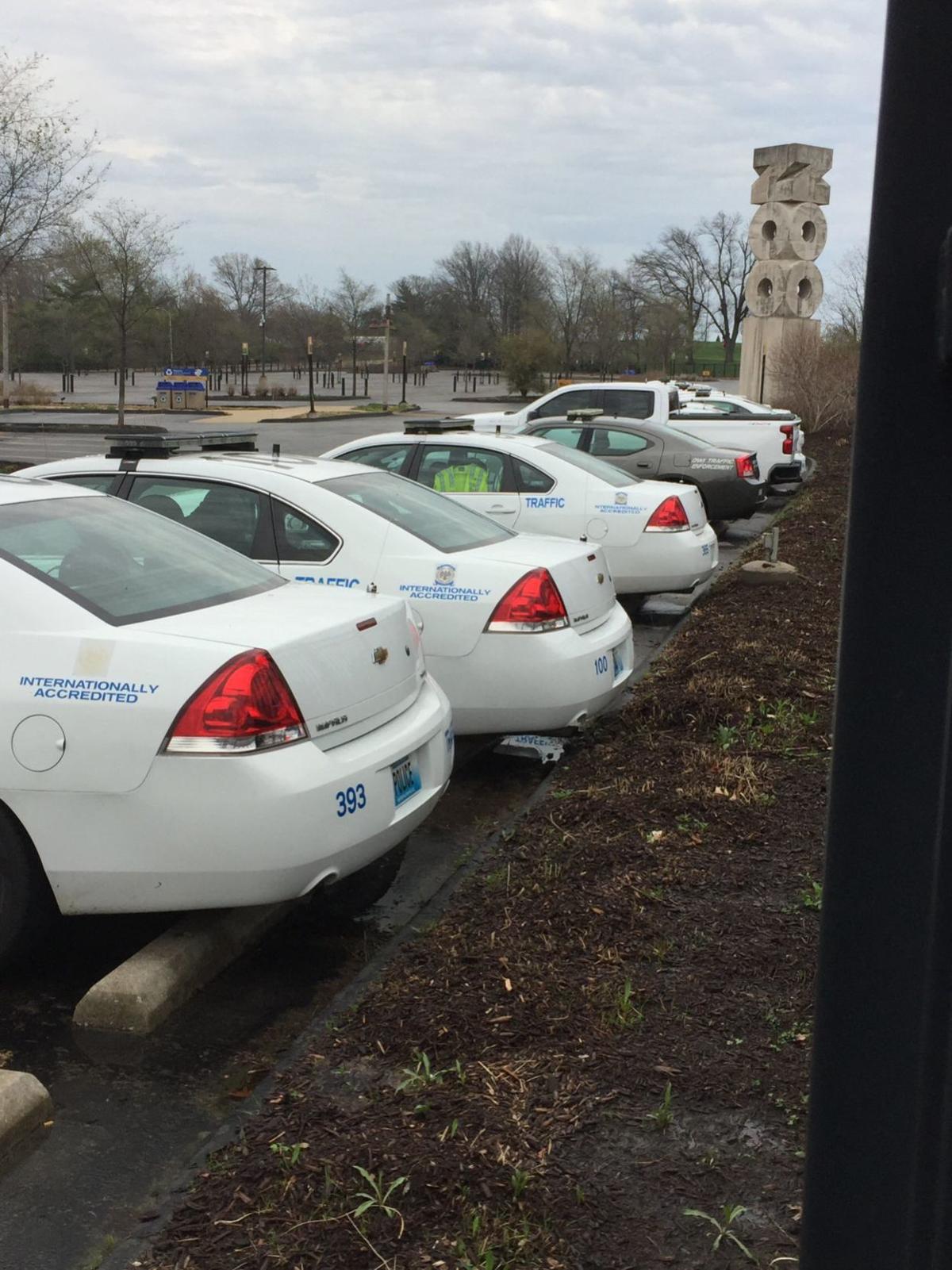 St. Louis Police cars from the traffic division parked on the south lot of the St. Louis Zoo.

ST. LOUIS — The St. Louis Police Department’s traffic division, made up of 15 to 20 officers, is under quarantine after a sergeant tested positive for COVID-19, a police union official said Saturday.

Another officer is in the hospital being treated for COVID-19 symptoms and awaiting test results, said Jeff Roorda, business manager of the St. Louis Police Officers Association. Roorda was not sure of the officer’s age or whether the officer had preexisting conditions.

Roorda said the department’s accident reconstruction unit, with less than 10 officers, is not part of the traffic division quarantine. The department has decentralized area stations to try to limit the spread of the coronavirus.

Roorda said the association, which is the bargaining agent for police officers, has asked that employees at the downtown headquarters also be decentralized.

The police department and a spokesman for Mayor Lyda Krewson said they don’t comment on employee health matters.

In an emailed statement Saturday, Sgt. Keith Barrett said, “We do not discuss the health status of our employees.… Our citizens can expect to receive the same level of professional service from the men and women of the SLMPD with regards to life safety as they do every day.”

A second police organization, the Ethical Society of Police, on Saturday sharply criticized the city’s handling of the matter.

ESOP, a group that advocates for black officers, accused police command staff of failing to act quickly after traffic division officers tested positive, thereby putting other officers and the public at risk.

The group also noted a lack of personal protective equipment for staff.

Roorda said he’s made similar complaints about the lack of equipment in the past two weeks. The situation is better now, he said, after more equipment arrived from the fire department, and some from the state.

On Saturday, Krewson’s spokesman, Jacob Long, said the city received a “rather large” shipment on Friday from the state’s strategic stockpile in Jefferson City. It was an initial shipment of the city’s overall order, and contained 6,248 N95 masks, 11,000 surgical masks, 2,016 face shields, about 2,000 gowns and about 1,000 pairs of gloves.

On Friday, Alderman Joe Vaccaro, D-23rd Ward, said Krewson had said in a conference call briefing for aldermen that about 75 city workers in various agencies are being monitored for the possibility of COVID-19.

Long said Krewson has held several briefings for aldermen in recent days and did not know whether Vaccaro’s statement was accurate.

Late Saturday, Dr. Fredrick Echols, director of the city health department, issued a statement confirming two city employees have tested positive, but did not say where those employees work. He said he was releasing the information “because there is evidence of community spread and some employees have been exposed.”