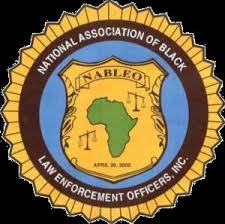 ST. LOUIS, MO – The National Association of Black Law Enforcement Officers, Inc. (NABLEO), along with twelve other criminal justice organizations from across the nation, have expressed their solidarity with members of the Ethical Society of Police (ESOP) in the call for reforms to address systemic racism and discrimination in the St. Louis County Police Department.

“All eyes are starting to take notice of the racially-biased incidents taking place both within the St. Louis County Police Department and in St. Louis County communities of color. The response of agency administrators, command staff and supervisory personnel will define their leadership, or lack thereof. We are now watching,” states NABLEO.

The NABLEO statement comes in response to ESOP’s unanswered December 7th letter to Chief Mary Barton, which outlined ten points of action for the coming year to make SLCPD more equitable for marginalized members of the Department and the community.

“We have failed to receive any formal acknowledgment of the letter from Chief Barton or the Board of Police Commissioners. Chief Barton gave a comment to the news, but has failed to even confirm receipt to us directly much less respond to our concerns with a plan to address racism and increase diversity in the Department. The lack of acknowledgment is indicative of the perpetual marginalization and follows a pattern of inaction that we fear will continue to disenfranchise minority officers and the community,” according to the ESOP Board.

“This lack of action can only be viewed as active, systemic racism and deliberate indifference to the plights of the counties communities of color, of which the African American community makes up 25%, and appears to be a problem that has been nurtured by a total and complete lack of administrative action, a continuing failure to adequately address issues specific to Black members of the Department and community, and has resulted in rampant episodes of racism throughout the agency, with these attitudes having festered both individually and collectively for several years,” states NABLEO.

NABLEO is calling for the following actions by SLCPD:

The criminal justice organizations that expressed their solidarity with NABLEO and ESOP’s calls for reform are:

“What we are asking for and calling out at St. Louis County are not issues that exist within St. Louis County alone. Systemic racism exists in the St. Louis Metropolitan Police Department and within many police departments across the country. By uniting with other organizations that are calling for the same change, we are collectively leading by example to encourage additional officers and departments to speak up. Bringing systemic racism to light is the only path to change,” states the ESOP Board.

ABOUT NABLEO
The National Association of Black Law Enforcement Officers, Inc, a 501.(c).(3) non-profit, is a premier national organization representing the interests and concerns of African American, Latino and other criminal justice practitioners of color serving in law enforcement, corrections and investigative agencies throughout the United States, and the communities in which they serve. For more information, visit https://nableo.org

ABOUT ESOP
The Ethical Society of Police (ESOP) is an association of police officers, park rangers, and civilians that advocates for racial and gender equity in the St. Louis Metropolitan Police Department and St. Louis County Police Department. ESOP was founded in 1972 to address racial biases within law enforcement. ESOP also works to improve community/police relations, develop policies and programs to reduce crime, elevate the status of minority civilians and police officers, encourage greater minority employment by law enforcement agencies, and increase professionalism in law enforcement. Membership is open to all races and includes more than 370 law enforcement professionals employed by the City and County of St. Louis. ESOP membership is approximately 97% African American, but membership is open to all races, religions and sexual orientations. For details, call (314) 690-3565, email info@esopstl.org or visit www.esopstl.org.